Went fishing last night with St_Paul and Socky, I arrived at the spot around 6pm which is to early for fishing. So I scouted out new spots for a while and had a lot of fun when I climbed down what I thought was a overgrown track. Around 7pm I returned to the top secret snapper spot in the Mahau and the other two were already there fishing. Weather conditions were great, only the lightest of breezes and a tiny chop. At first I did the essential thing which was to get my camera gear sorted out then I to started to feed the spotties.

With the sunsetting expectations were high, but they were not to be. 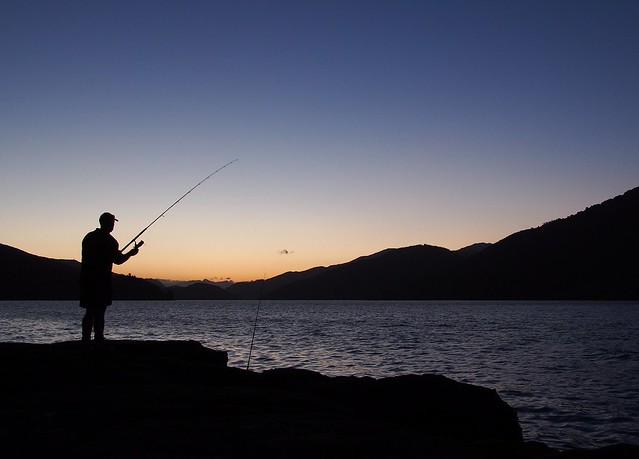 Paul jinxing the fish by Thomas J. Walsh, on Flickr

Even the turn of the tide did not bring any improvement to the fishing. The only action all night was a mackerel which kept playing with Pauls bait. At 11 we called it quits. 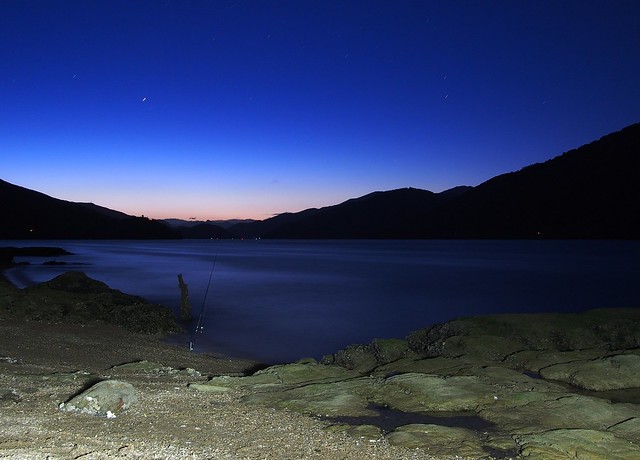 I also showed off my ability to manipulate light and hence revealing my true form of a fire demon.
“> 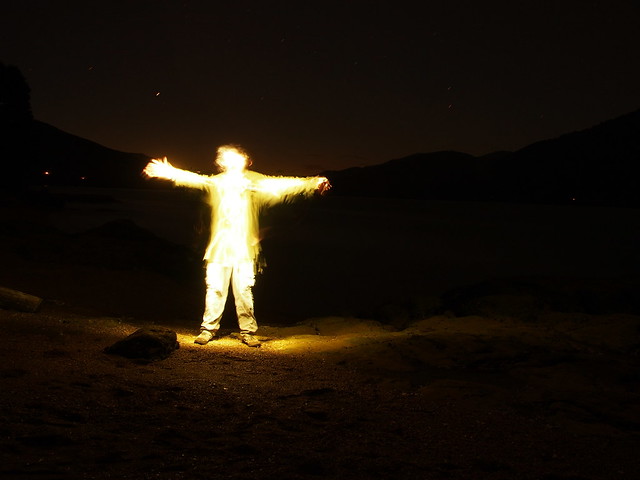