Went and fished what is probably my less productive spot.

I was hoping to fish for Moki at Ward, my initial plan was to drive across the flaxbourne river and try around the rocks to the south. I got to the ford but due to the wind, struggled to make out how deep it was. There has been quite a few big floods this winter and I was not keen just to charge across. Due to the nasty wind I decided to fish just in front of the Carpark rather then going further up the beach. Three rods and three mussel baits, the only rod action was from the wind which was very strong at times. After dark the wind died down a lot but the fishing remained poor. 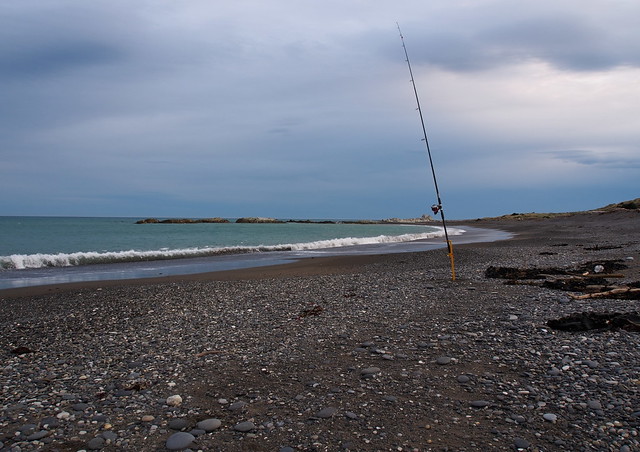 Surfcasting at Ward by Thomas J. Walsh, on Flickr