Ha 700 metres is plenty for a kingi. You only need about 200 metres. Off the rocks you got to lock up and not let them run at all or at least keep their head up. The first thing a kingi does when it’s hooked is go for the nearest rock and rub the line. They go into caves and into weeds. They’re the dirtiest fighter in the ocean. If they get their head down you’re stuffed. If you hook one then give it death and keep your rod tip up high so it pulls the kingi’s head up.

I prefer an Alvey for big kingis because you can grab the spool with one hand and stop it taking any line (24kg and tough rod held up high) but it is murder on your back and arms.

The secret bait for HUGE kingis is a fresh flying fish. That used to be a secret us LBG’ers would never tell anybody but most people know it now. The hard bit is getting one. I used to buy them off a charter boat captain.

The kingi in the attached photo was caught on a flying fish. The Kingi weighed 77 pounds and I won the Te Kaha Xmas Fishing competition with it… fishing against boats. I was the only landbased fisherman in the competition and I bet all the rich people in their fancy launches. They were so dirty on me they didn’t invite me to the drinks afterwards even though I won the whole damn competition!!!

The kingi was caught right at my feet, maybe two metres out. I saw it in the berley with a much bigger one and simply dangled the flying fish in front of it. Didn’t even cast the rod… just dangled it. Both kingis actually fought to get the bait and I hooked the smaller one and locked up tight on it. It took maybe 20 metres line during the whole fight and nearly pulled me in. You have to bend your knees and lean back or you go headfirst into the ocean. The bigger one was easily over 100 pound and would have been a NZ and maybe a world record. 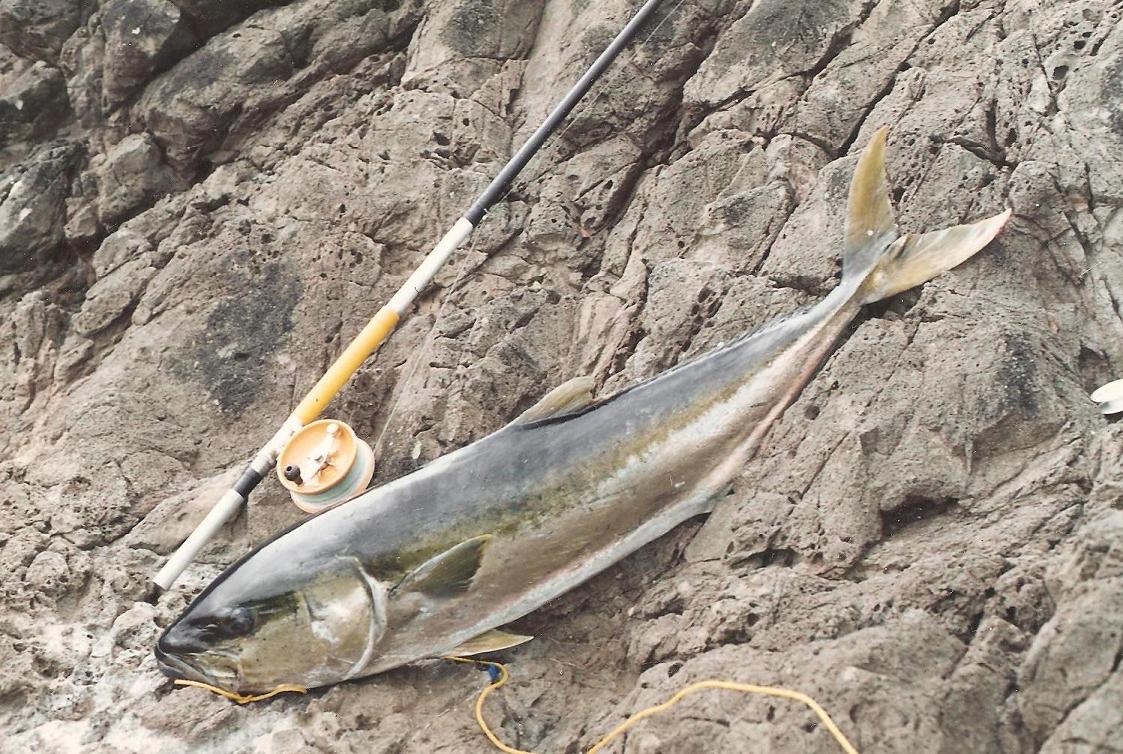