Description: Sea-Run Trout Fishing in Canterbury New Zealand. Video showing sea-run brown trout being landed in the Rakaia River and Waimakariri River. Sea-run trout enter the rivers in the spring chasing whitebait and smelt. They are targeted by anglers fishing flies mostly with spin tackle and a small lead.

Once returning sea-run brown trout have been in the river for a time their colouration returns to that of the spotted and darker coloured resident river-dwelling fish. Anglers will sometimes find that sea-run brown trout caught in the surf close to a river mouth, or in the lower river in summer, will be packed so full of smelt (silveries) that captured fish will disgorge a dozen or more when picked up.

If spin fishing for sea-run brown trout you can fish two hooks “lure rod rigs” or, if you prefer, silver or yellow Tasmanian Devils, Tillins Cobras, or silver and black Tobies. In New Zealand, the Toby is also marketed as a Turbo. Despite the name, it is the same lure. If I were spin fishing for sea-run brown trout in New Zealand and had to choose just one lure I would make it a 16g black Toby with gold stripes, and silver prism tape on the back. 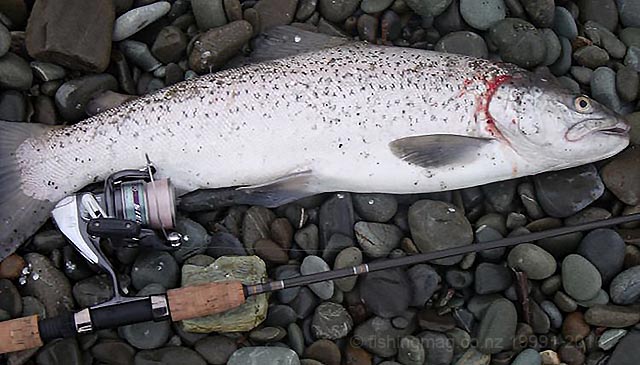 This silver sea-run brown trout is typical of the fish caught in the lower east coast Canterbury rivers between October and Christmas.A sure sign that sea-run trout will be present at a river mouth is the presence of turns and gulls noisily hovering close to the surface and “dipping” their bills into the water to catch smelt. Sea-run brown trout will almost certainly be just below the surface chasing the smelt.

1. Where Do Sea-Run Trout Come From 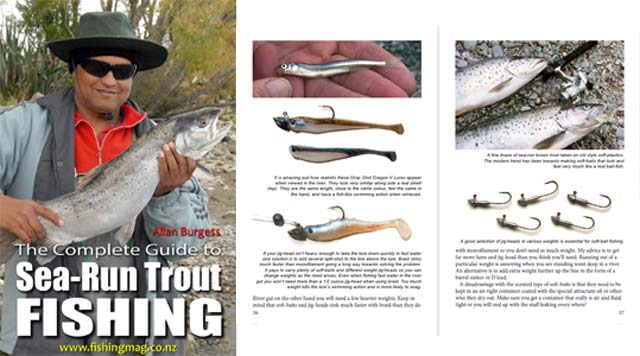 The Complete Guide to Sea-Run Trout Fishing by Allan Burgess. (Members Only).