Wow, seems like everyone was into fish over the Christmas break! I hoped to get out on the Clarence mouth while away over Christmas but it was mud brown from the day I arrived for 2 weeks till I left…bugger!!!!

Popped out to the mid reaches of the Mac on Mon and found what I thought was nice wayer but again no fish to break the duck.

While it dosent have scales I cant complain too much as I was lucky enough to pop out with a friend for an hour and bag this bad boy. 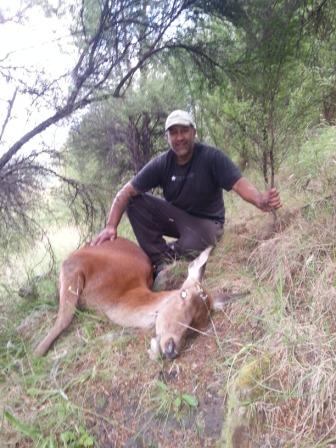 So on Sunday I’ll try again for a salmon fish with a friend and his jetboat. Planning on heading up the Rakaia Gorge but we are both as clueless as each other about where to go.

Do you guys think we are heading in the totally wrong direction?????

Also, the water I was fishing on the Mac had the main current hitting a gravel bar mid river which led upstream in a gut. To the left of this gut (my side) was big slack water which almost created a huge back eddy. I wasnt too sure how to fish it so stood at the top of the eddy, cast down stream threw it and retrieved slowly. When ever I tried casting upstream (from the side of the eddy) and drifting the zedee through the lure just seemed to stop in the eddy and do nothing……

Was I fishing the wrong sort of water, the wrong way……or both?????