Decided it was about time to declare the start of the Rig fishing season. So after work I headed for one of my winter Rig spots, armed with freshly purchased frozen prawns I was optimistic. Arrived at my spot late in the afternoon, the sun had just left it but was not to cold. Sea was calm enough, but the water was quite dirty. Casted one rod out then threw my crab pot into the water, baited with a few freezer burnt Kahwai and mullets. Did not catch many paddle crabs, but a few were around.

The night grew darker, and colder and my rods remain untouched. Then I notice one bent right over, a good sign at last. I wrestled with a heavy weight, saw a tail and knew it could not be a Red Cod or Skate. Short while later saw the spots and knew I had caught my first Rig for the season. Was not a big Rig, but it did not matter. A couple of quick photos and I released it back into the sea to grow bigger. Fished up to around 8pm, then decided to go for a drive to photograph the moon rise. Night was a bit chilly but pleasant considering its still July. Water was cold, one wave nearly went over the top of my waders 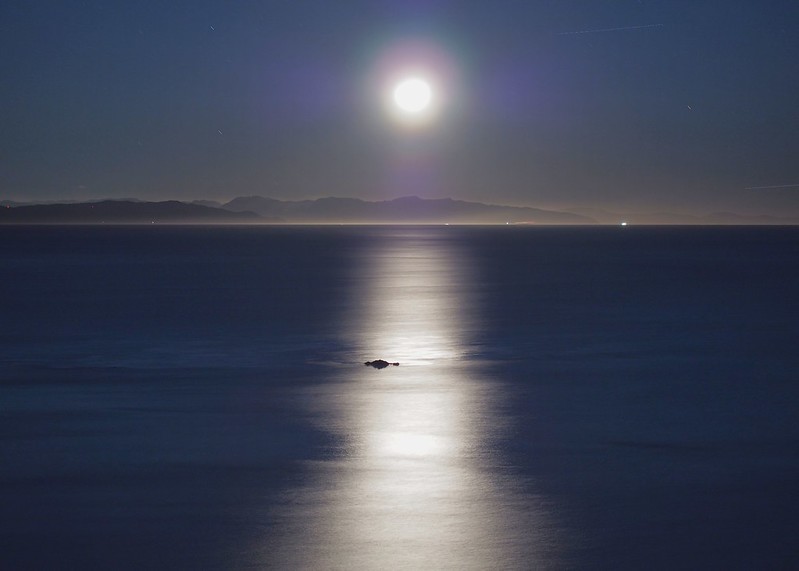 Moon Glow Over Wellington by Thomas J. Walsh, on Flickr