I have still not lost that feeling of excitement as the flounder net is hauled by hand from the invariably murky water in which the ﬂounder inhabits. The flounder can be felt wriggling in the net. Flounder netting is something I haven’t paid much attention to until recently when I went out with a friend and we placed a ﬂounder net in Lake Ellesmere.

I have occasionally seen people ﬂounder netting while out fishing at local river mouths. Nowadays fewer people go netting for ﬂounder than in the past. Before the commercial fish quota was introduced, many people used to net part-time for flounder and were a familiar sight at the roadside selling their catch. But with the quota system and associated management principles, part-time fishermen were removed from having access to commercial fishing rights. Some commercial flounder netting takes place at Lake Ellesmere.

We are fortunate in Canterbury in that there is a good range of places to go ﬂounder netting. Off the top of my head, the following places are worth checking out – Ashley, Waimakariri Rivermouths, mudflats in Lyttelton Harbour, Port Levy, Pigeon Bay, Little Akaloa, Le Bons and Okains Bay, mudflats in upper Akaroa Harbour, Lake Ellesmere (with key places being between the LII and Selwyn Rivermouths, Rennies Bay, Lakeside and Taumutu), and the Rakaia Rivermouth.

Flounders are caught primarily by either drag-netting or placing out a set-net. Both methods work effectively. Set-netting generally requires two days, with the net placed out overnight. Overnight sets are highly effective, and ﬂounder are actively swimming around and feeding at night.

Drag-netting is more sociable and involves at least three people in the fishing operation. Drag-netting only involves one day.

Set-netting involves placing a net of up to 60 metres long and 1 metre high in shallow water, up to 4 metres deep. The net is made of monofilament nylon and placed over mudﬂats. The net is weighted down at each end by a heavyweight and a ﬂoat at each end. A series of lead weights on the lower rope make sure that the net sits on the bottom. The net is set loosely in the water, not tight, as this is the most effective way to catch ﬂounder. The net is left in the water for several hours to overnight. Commercial fish bins are very convenient for placing the net into. Set-netting is an easy way to fish, and once the net is set you can go line fishing.

Set-netting usually involves a dinghy when placing the net out, and can be put out by one person. The dinghy is slowly rowed along while the net falls out of the fish bin into the water. If wading in the shallows to place the net, then neoprene waders are useful. You then also need two people, one holding the fish bin (into which the net is placed) while the other person hauls the net in.

By-catch of trout, seabirds, seals and dolphins is occasionally a problem associated with set-netting for flounders. It is important to be aware that you are not allowed a set-net and trout in your procession at the same time.

There are four types of ﬂounder caught in local Canterbury waters. The black flounder tends to like areas with a mix of fresh and saltwater. Black ﬂounder are therefore caught in large numbers in river mouths and Lake Ellesmere. The sand ﬂounder is a diamond-shaped fish, greyish brown on top and white below. They are the most common flounder in local waters. The greenback ﬂounder grows to a larger size than the other two types and is a more coastal species. The yellowbelly ﬂounder is also occasionally caught.

Getting Hold Of Flounder Nets:

Why not consider trying netting for ﬂounder. Nets can be purchased from numerous places including online. Ask for advice about the type of net best suited to the location you are thinking of fishing. Make sure that your flounder net is correctly weighted down to prevent it from being swept away by currents and tides.

The Complete Angler in Christchurch stocks a wide range of both drag nets & set nets. All their flounder nets come with instructions and how to’s.

Also collect a copy of the set-netting guidelines pamphlet produced by the Ministry of Fisheries, which outlines set netting regulations. There is a recreational limit of 30 ﬂounder per person per day. For black, greenback, and yellowbelly founder, there is a minimum size limit of 25cm, and 23cm for sand ﬂounder.

Some Final Thoughts on Flounder Netting:

Flounder netting is something different from the normal line of fishing. I am continually fascinated by the aspect of hauling the net and never being quite sure what it contains. Placing out a set-net, combined with a line fishing trip increases your chances of bringing some fresh fish home for the evening meal.

Flounders are delicious to eat, especially when pan-fried with garlic. Good luck with ﬂoundering! 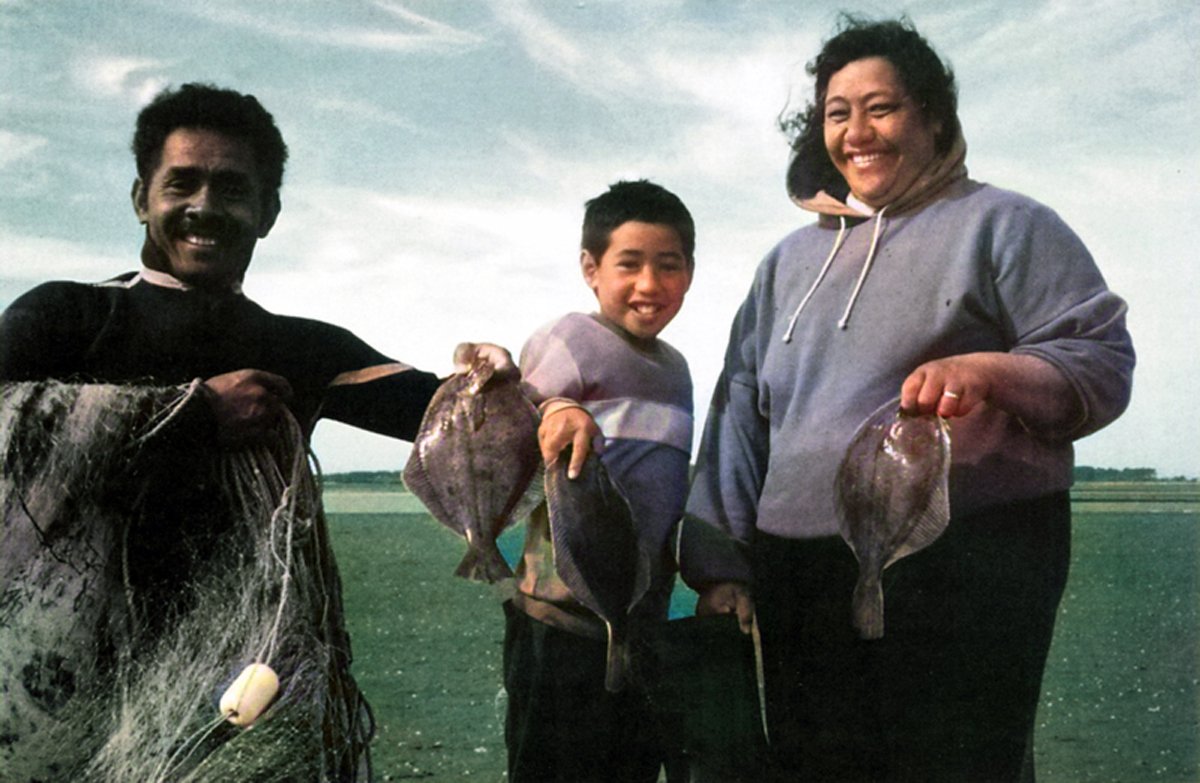